Finally, we are glad to introduce a bike that would make your investment more valuable. The Kollter ES1-PRO-M for the high speed is a double purpose bike. The range and the power make it an awesome transportation for getting around the city. It is actually built as a dirt bike with rigid components designed to be used in rough conditions. The ground clearance is the same as Zero FX and KTM Freeride electric off-road motorbikes. It does however meet the CMVS standards and it is certified by Transport Canada as street legal motorcycle. Even better, if you don’t have a motorcycle driver’s license you can purchase the LSM version and ride it with your regular motor vehicle driver’s license. And its price tag makes it a great budget alternative of Zero electric motorbikes for the city and the trails. It is also eligible for all provincial and Canada government rebates applicable for electric motorcycles. If you want to use the bike primarily on road, you can purchase it with its road mag wheels and tubeless tires and buy a second set of spoked wheels with off-road tires that can be changed for less than 15 min. Or you can ride it everywhere and each season with its knobby off-road tires. We stock also larger rear sprockets for off-road if you want to conquer mountain hills.

Kollter ES1-PRO-M for the high speed uses a pair of 72 volt 32 amp-hours with total of 4.6KWH power Panasonic batteries which are removable so that you can charge them off the bike, if for example you park it on the street. Alternatively, you can just charge it through the port located under a flat near the bars, and thanks to the fast charger, in four and a half hours you should have a full charge from flat which can support you for four hours ride in the woods or up to 120 km on the road.

The high speed Kollter ES1-PRO-M  motorcycles have a five-kilowatt continuous power motor with ten-kilowatt peak power and can reach 100 km/h. This rates the bike as 250CC ICE equivalent but the immediate acceleration of the axial flux 5100RPM motor and the lack of gears provide this bike with better acceleration than its ICE counterparts.

When equipped with off-road wheels and tires, ES1-PRO-M for the high speed is similar in size to the largest dirt bikes like Honda CRF450, Yamaha YZ450F, KTM and Husqvarna Enduro and most ICE dirt bikes in the 250 – 450CC range. In terms of weight it is also comparable. But there are two essential differences from the ICE bikes – it is quiet and has no clutch and no gears. The central axial flux motor provides an instant torque and superior to many ICE motorbikes acceleration. It does also outperform many electric dirt bikes currently on the market either with range, power and with price.

The previous version of this bike was initially introduced to the European market in 2019 under different  OEM names like Tinbot, Artisan and Horwin – all in off-road and city versions. If you watch the YouTube reviews however, the difference, with earlier versions is that after 2020 the PRO version is twice more powerful, its speed is 100 km/h compared to 45 km/h for the previous version and has two removable batteries working in parallel. The two batteries make the bike capable to be used ridden for more than 4 hours in the woods and up to to 120km on the road. It comes with a fast charger and can be charged for less than 4 Hrs. 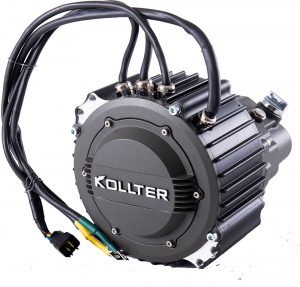 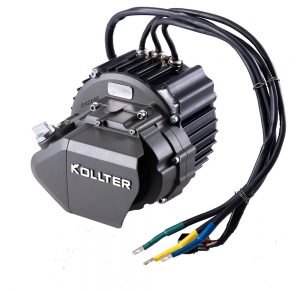 It is the latest technology axial flux motor – 72V, 10kW, 5,100 RPM motor with integrated gear box providing 220 Nm peak torque that makes this bike capable to accelerate with a twist of the throttle at any given speed “without changing gears”.  Axial flux electric motors have one of the highest usable power and torque densities of any electric vehicle drive motor available on the market today as opposed to the common radial flux. Because of this they can deliver the most power in the smallest package possible. Their high RPM provides immediate torque on start and low battery consumption rate as the motor efficiency is always maintained.

10,000 Watts peak power is packaged in a well-designed frame that can take hard off-road jumps with ease. By having a large RPM reduction between the motor and rear wheel…the amp-draw demands on the battery are lowered, and the motor also runs cooler.  The power from a standstill is enough so that you can wheelie it if you want to, but it does not unintentionally wheelie. The fast acceleration can keep you always ahead of the traffic. The rear wheel is driven by a massive chain that looks unlikely to break even at the claimed 10,000 Watts peak power that the motor puts out.

Axial flux electric motors have the highest torque to power ratio compared to any electric vehicle with radial flux drive available on the market today. Because of this they can deliver the most power in the smallest package possible.

With high discharge ratio 18650 battery cells, high power BMS, SOC battery statistics, 4 temperature sensors real-time monitoring, and host computer management process and data interface, it enables the battery to have the excellent high ratio load capacity, longer life time, and high safety and reliability. The two removable batteries are manufactured with the same cells as the ones used in the famous Sur-ron and Segway dirt bikes but they are 72V with combined capacity of 4.7 kWH compared to 2kWH of the sur-ron bikes.

The enormous 4.7kWH capacity of the dual pack ensures 130km range on a full charge.

The cells are rated for high discharge rate that allows continuously to be used at the maximum power without affecting their life.

These batteries also can be charged with higher current and therefore the bike comes with 15A charger and reduces the charging time in halve compare to any other electric bike that requires 5-6 hrs. The charger is also solid-state built-in cast aluminum case with external cooling fan. And because of the safe high charge current, this battery readily absorb the high current from the regeneration function of the controller more efficiently than any other battery.

Sine wave controllers are the latest in brushless motor controllers which smooth out many of the rough edges of the old school “square wave” controllers. They ensure silent operation of the motor.

The Kollter controller can be programmed in racing mode for immediate torque, or proportional acceleration, resulting in a much smoother and more predictable power curve throughout the entire range of operation.

This controller regenerates the kinetic energy back to the battery when coasting at speeds of over 8mph.  Regen braking puts charge back into your battery and most importantly preserves your brake pads.

You can also turn Regen off by hitting the “eco” switch whenever coasting and you will roll naturally without any regen resistance. This means you can coast like a bike when you want to.

It is actually the same bike with the same max torque and power. The difference is the nominal, or continuous power which for the LSM motorcycles is limited to 1,500 Watts. It is measured when the motorbike goes with constant speed on flat paved road. During acceleration or when climbing hills and the power demand increases, the controller delivers and motor can reach the peak power which is the same for the LSM and the high speed motorcycle. The 70km/h cap ensures that the continuous power does not exceed 1,500 watts when used on flat surface that makes Kollter compliant as Limited Speed Motorcycle and does not require a motorcycle license. The high speed Kollter however capable to reach 100km/h exceeds the 1500 watts on flat when over 70 km/h and it enters in a category of the high-speed motorcycles, requiring a motorcycle driver’s license.

Industry-leading technologies give maximum torque performance and fantastic riding experience. Power-Assist or throttle, it maximizes flexibility for your daily use. Equipped with a powerful heart, the high quality lithium battery ensures a longer range and a longer lifetime. The Smart Management System gives you peace of mind in use, maintenance and storage.